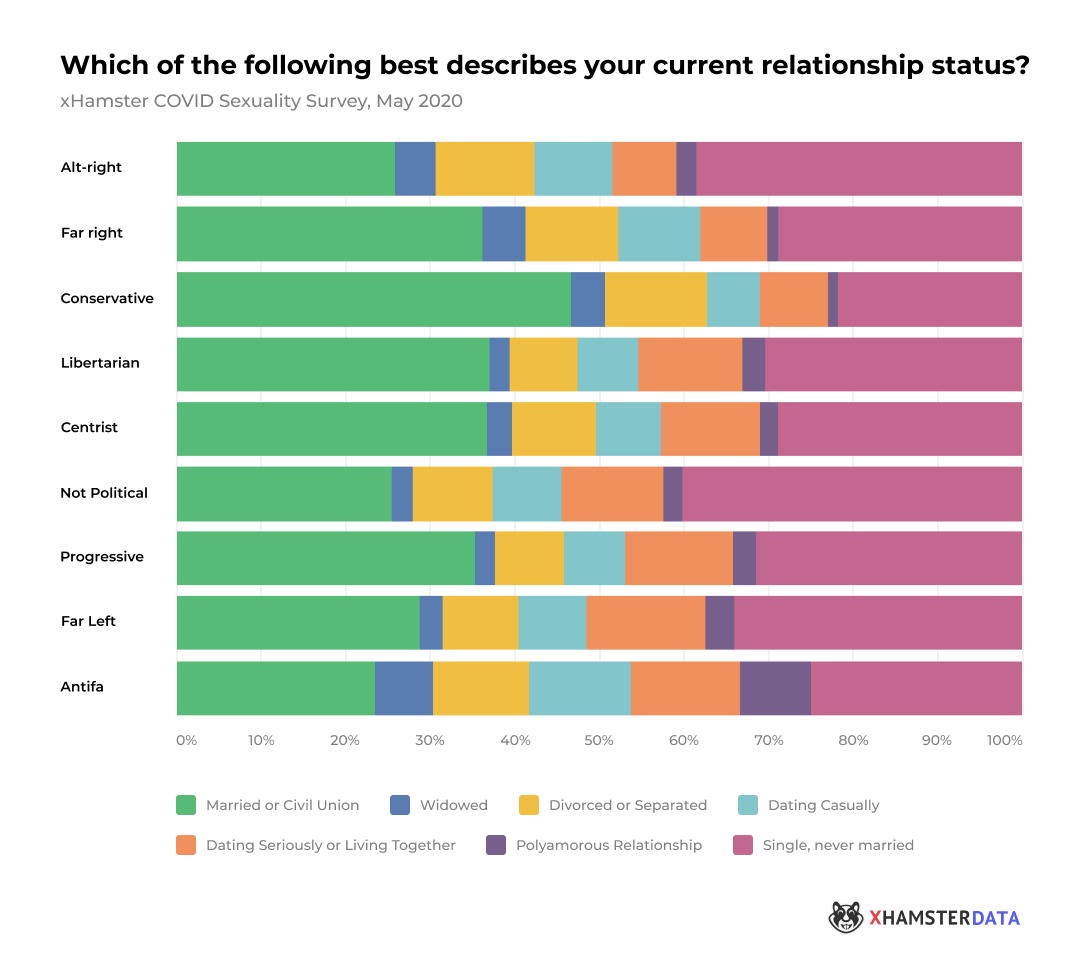 Extreme on the Streets, Extreme in the Sheets!

Who has the most sex? Both the Far Right and Antifa are battling it out for the most sexually active. (42.8% of Antifa and 41.2% of the Far Right have sex with a partner several times a week or more). The Apolitical and the Alt-Right report getting laid the least. 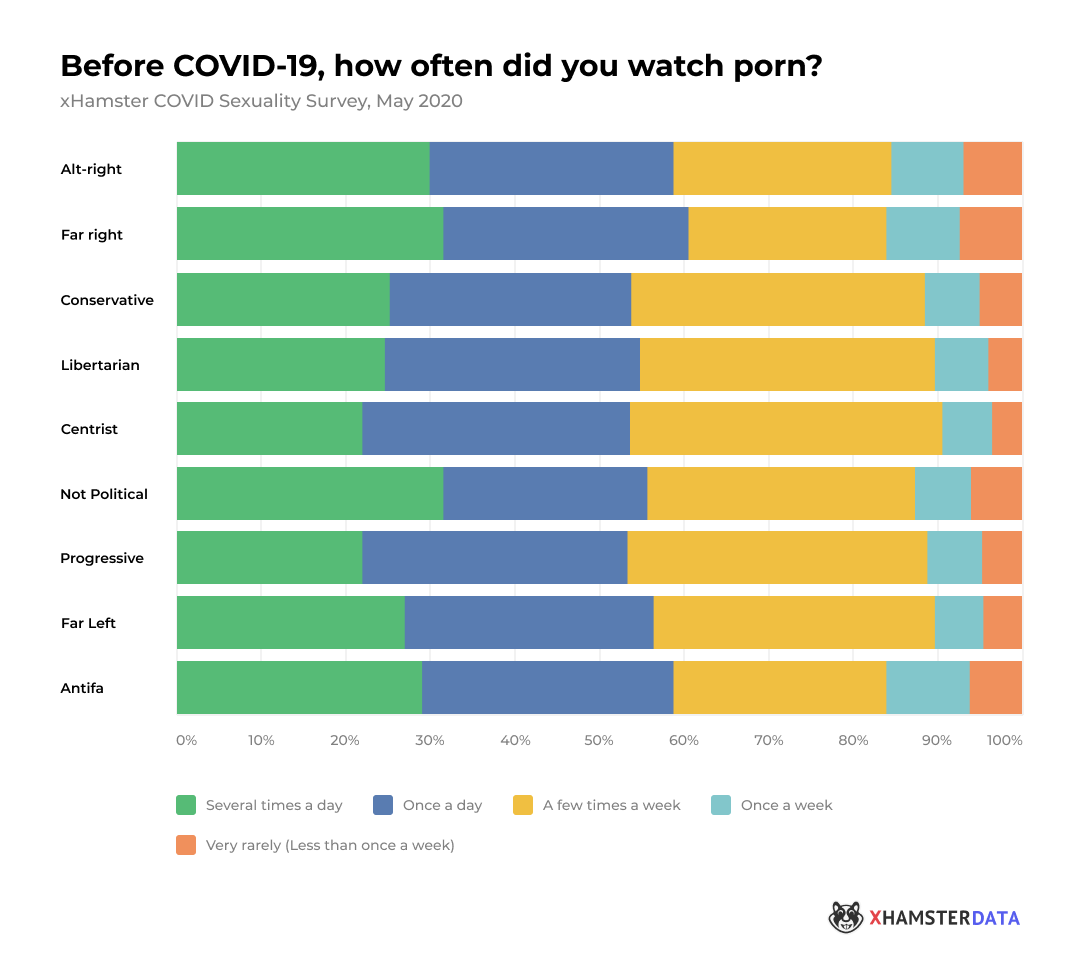 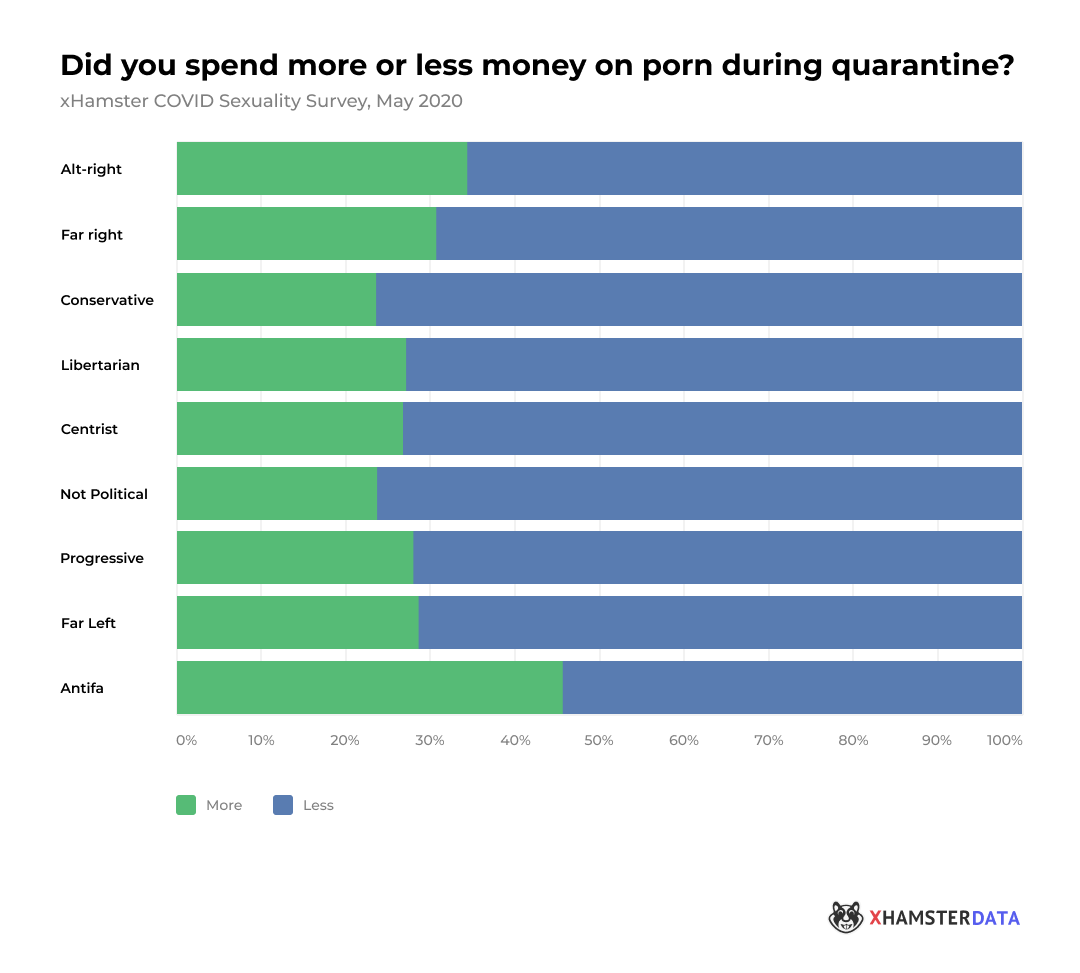 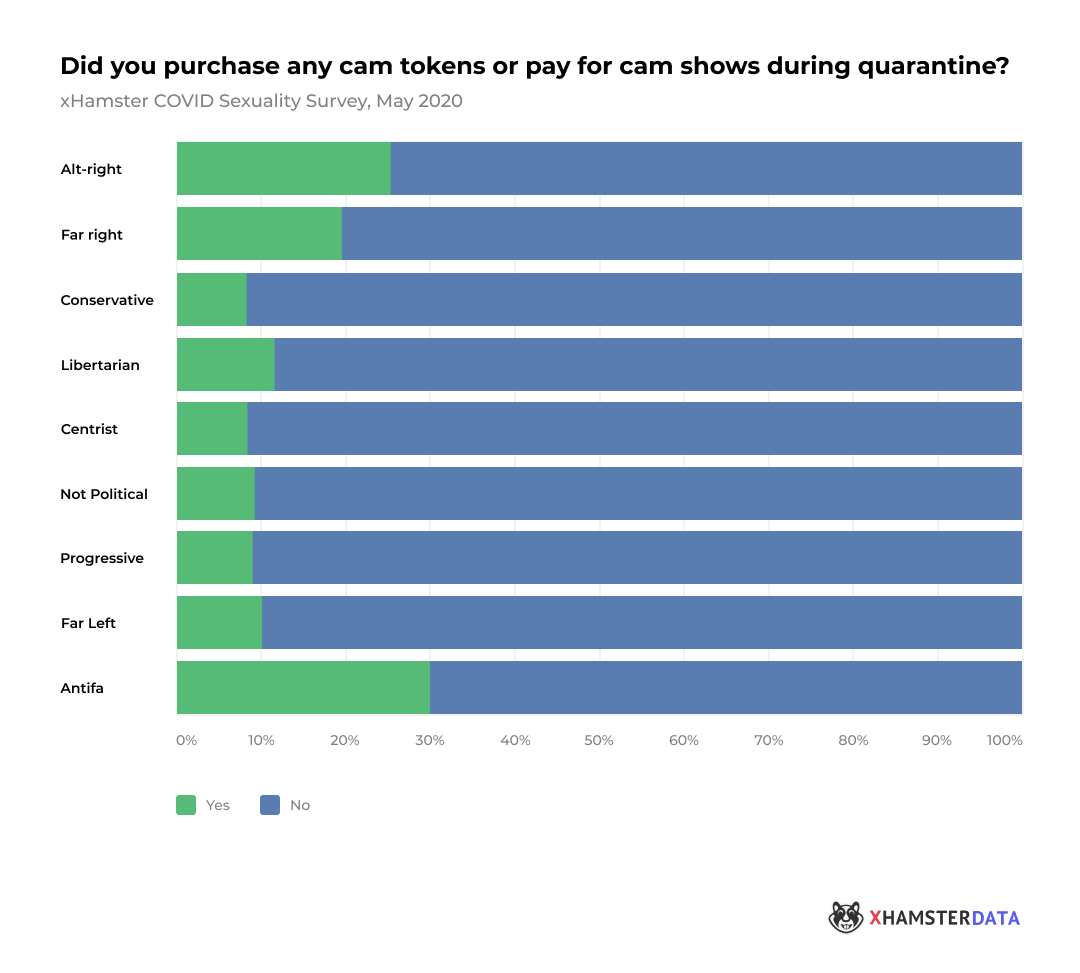 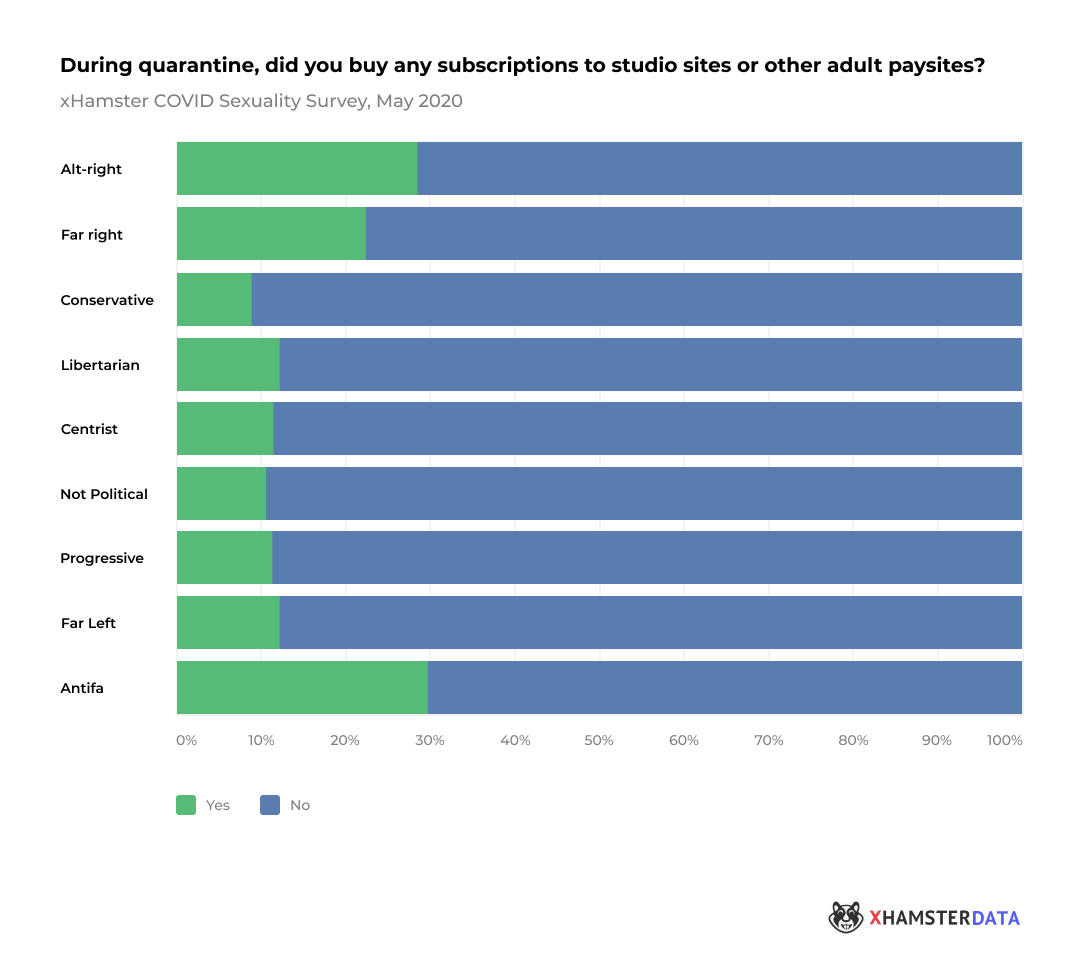 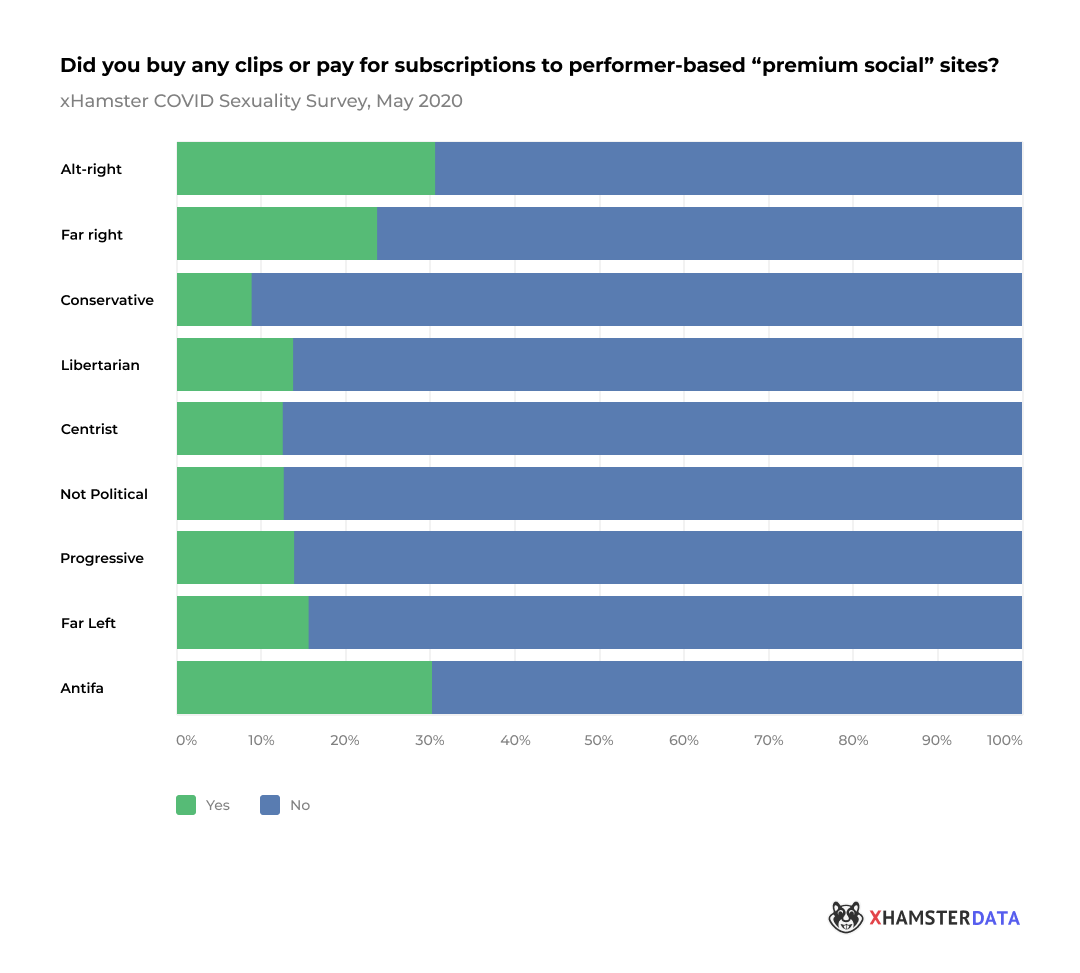 bassman30069
I can’t believe someone would admit to being Antifa.
5 months ago
Reply
T

Touluose
Some very curious data, I wish I could have them by country. It would be very interesting to see those nuances. For example in Spain, to know if it coincides with the ideas of the political parties.
6 months ago
Reply
F

FacialArtist
Very cool.  So you got 15k responses or you sent invitations to 15k?
6 months ago
Reply
J