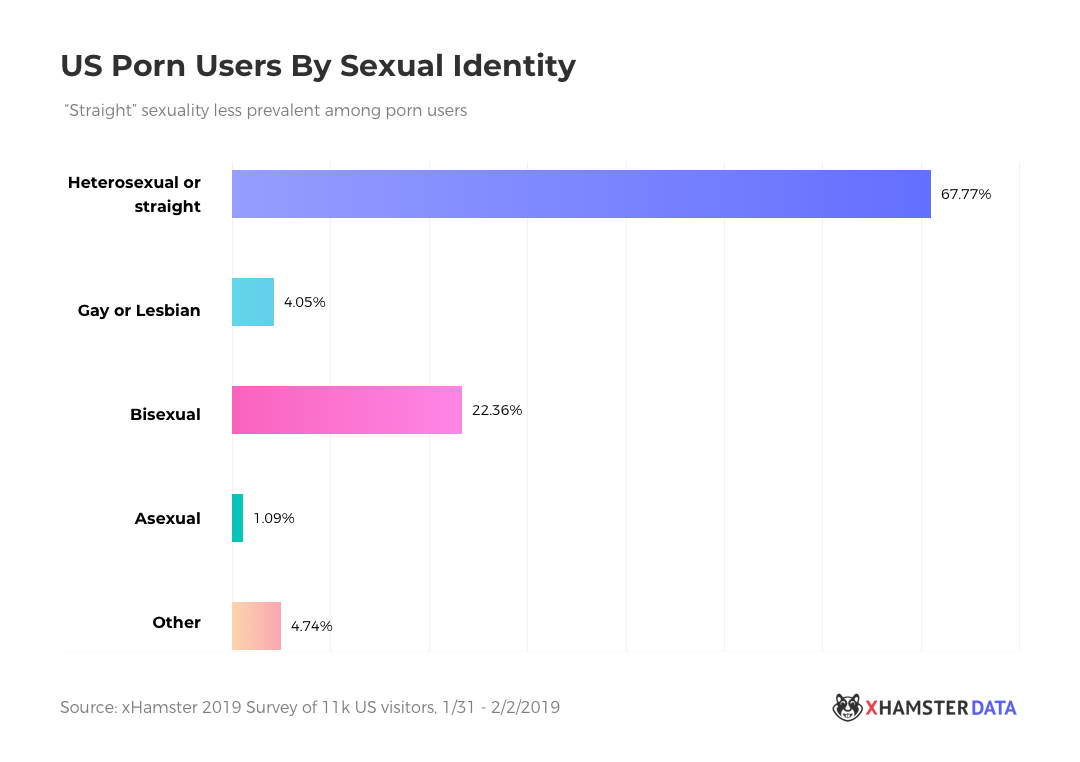 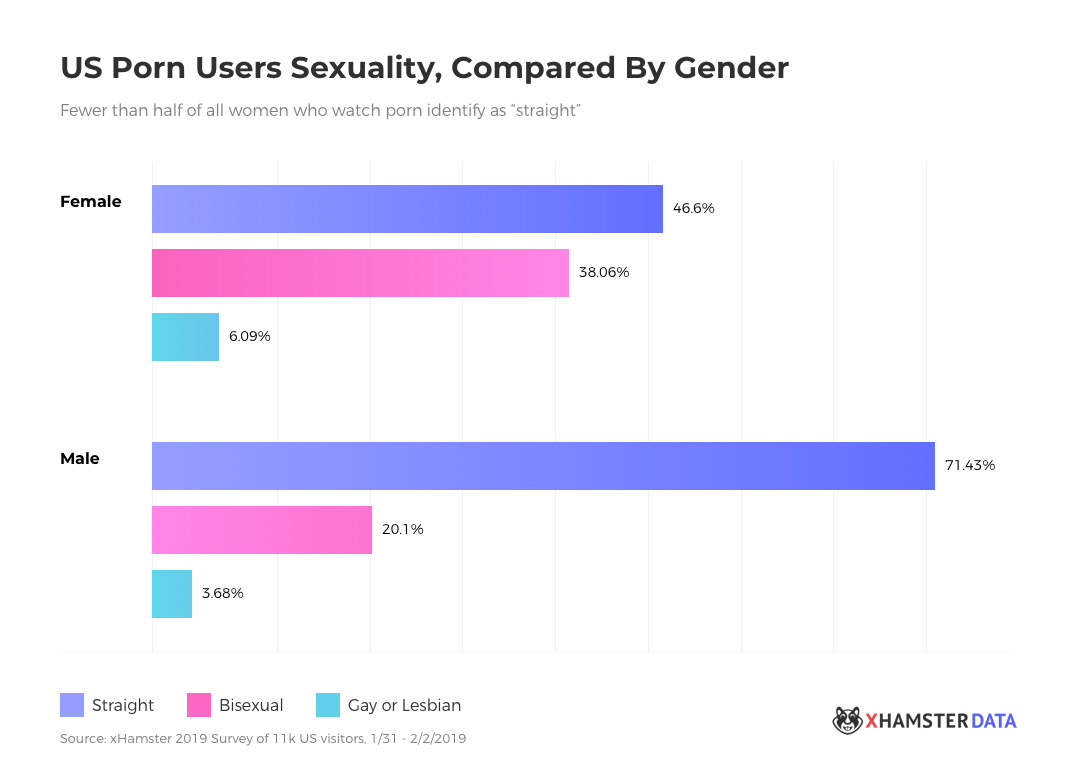 Now, while we like to think of ourselves as enlightened bunch, we’re not a particularly bi site, let alone a gay one. We’re just your (above) average tube site with primarily heterosexual content. 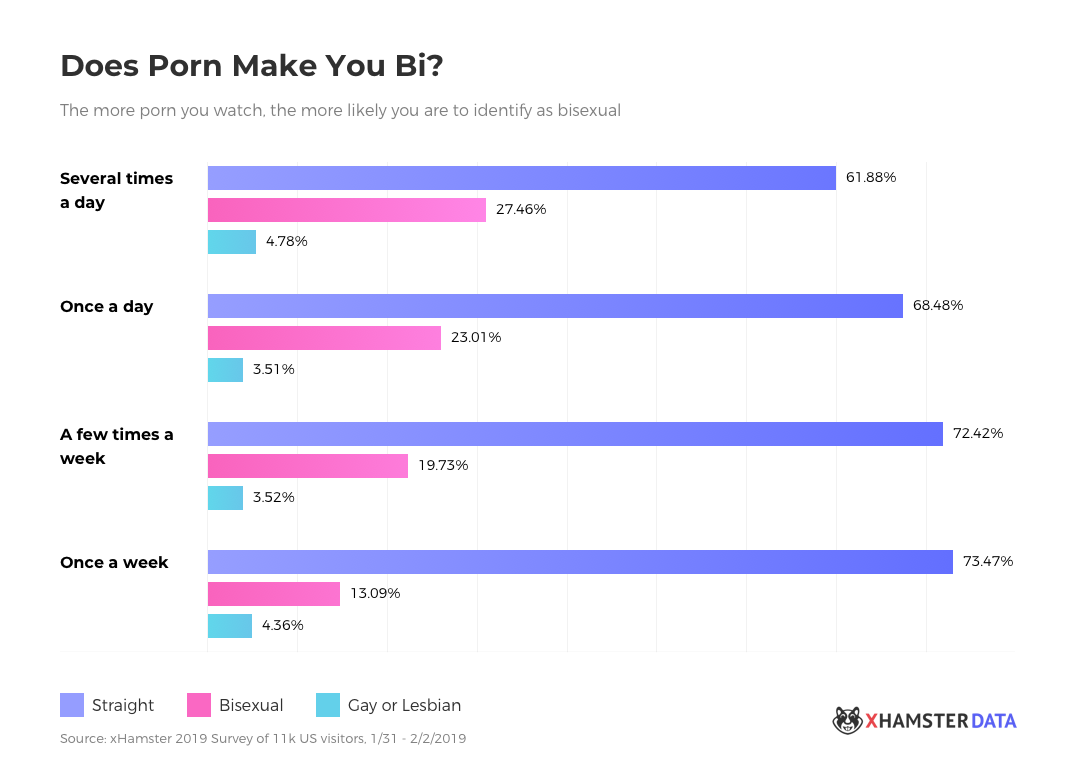 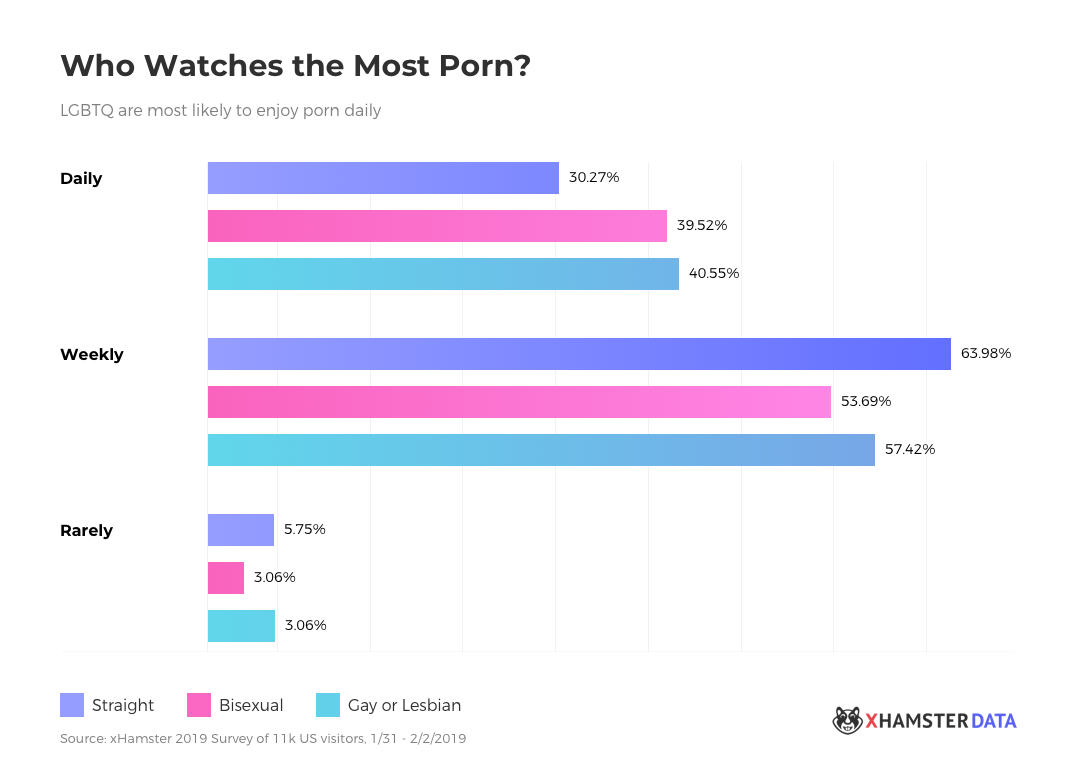 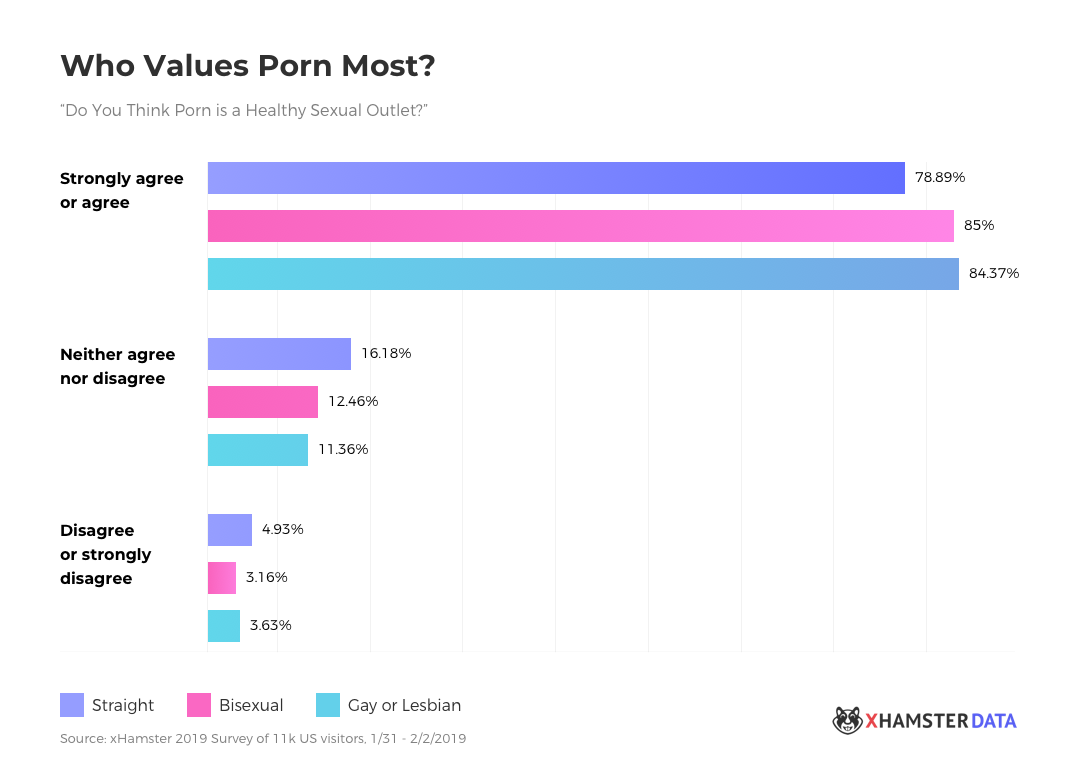 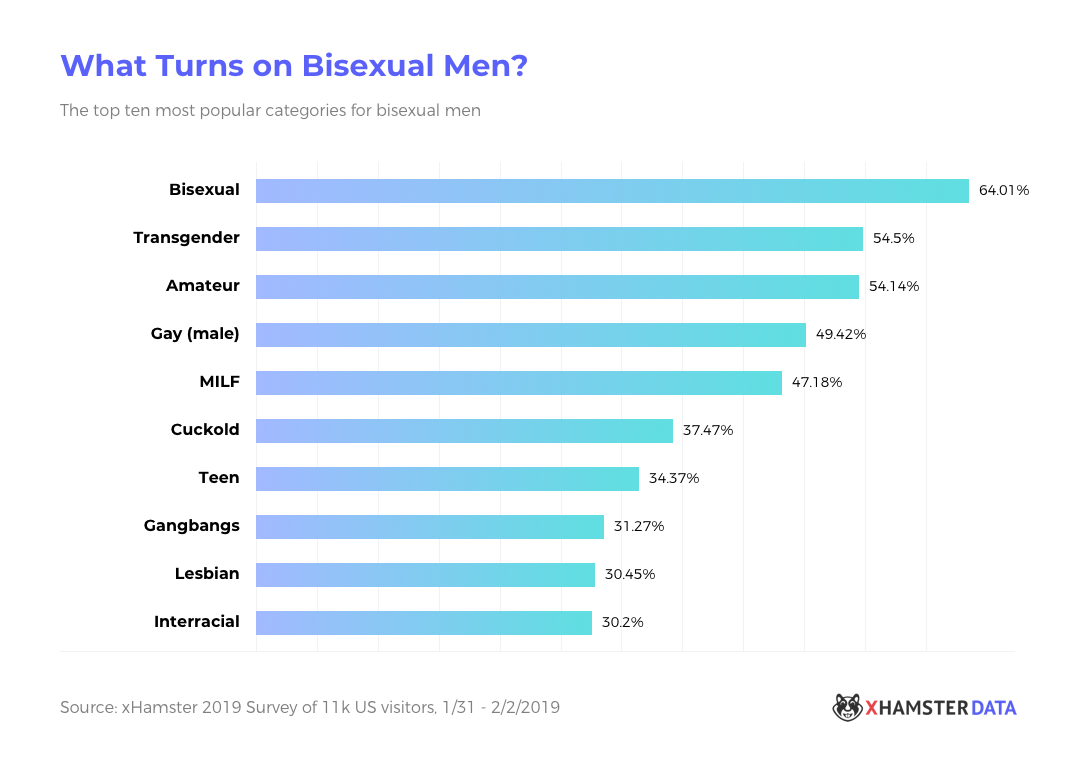 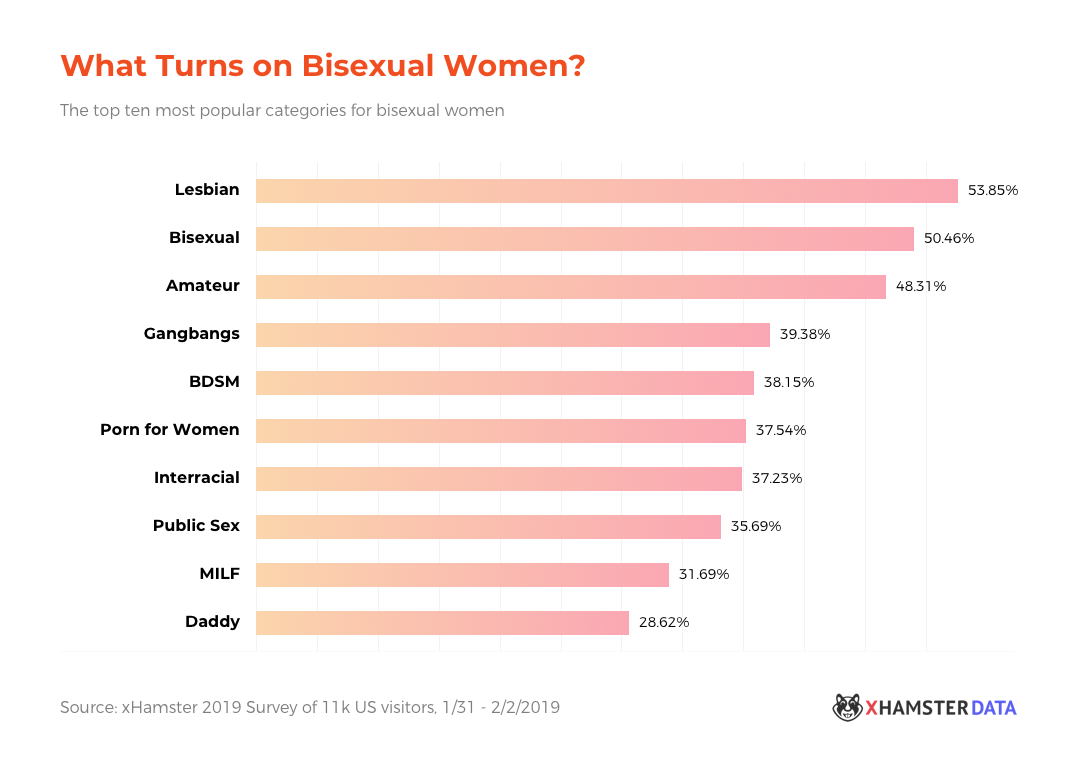 For questions, comments, raw data or other analysis:

CatchTheBreeze
Yet there doesn't seem to be a bisexual/mixed sexuality option for browsing the site... I have to choose straight, gay or trans. Can I not get a mix?
6 months ago
Reply
P

roller100
Interesting article - I would like to know more about stats for gay men [I identify as a gay man]. I am a bit surprised that the gay numbers are so low - but in my experience many guys who post as being bi have very gay material as favorites - perhaps identifying as bi is less traumatic for guys who are still in the closet [like me]
2 years ago
Reply
L

orientallover
Agreed. Very interesting.
2 years ago
Reply
K
kdjvhjksgvjksfdbg
I find the very small number of gay men - smaller than even that of lesbians - interesting. I guess gay men prefer to go to gay-exclusive tubes such as Gay For It, in part because mixed orientation websites like this and P----b love and to show their gay users straight ads - and being shown long hair, pussy or boobs when you're trying to wank to some hot all-male loving is such a turn off. Obviously, bi men wouldn't feel as bothered by this as gay men. A second reason could be hostility to gay content. I don't know if xhamster suffers from this issue (I've just registered to comment here) but P----b does. Oh and by the way, your text says that your female users were more than twice as likely as men to identify as bi, but the graph shows 38% of women and 20% of men identify as bi, so the text is wrong.
2 years ago
Reply
J
jcraigs07
Could it be that bisexual people feel less comfortable acting out their bisexual tendencies in life so therefore they turn to porn to satisfy that fix? I think that may be a part of the noticeable trend, although probably not all.

prairieFreak13
only 1 comment? I enjoyed this post immensely. Did you have control groups and such? Have you asked any of the nerds in colleges on here to corroborate your findings? (Just curious.) Please keep up the good work. ~kisses~Bri
2 years ago
Reply
W