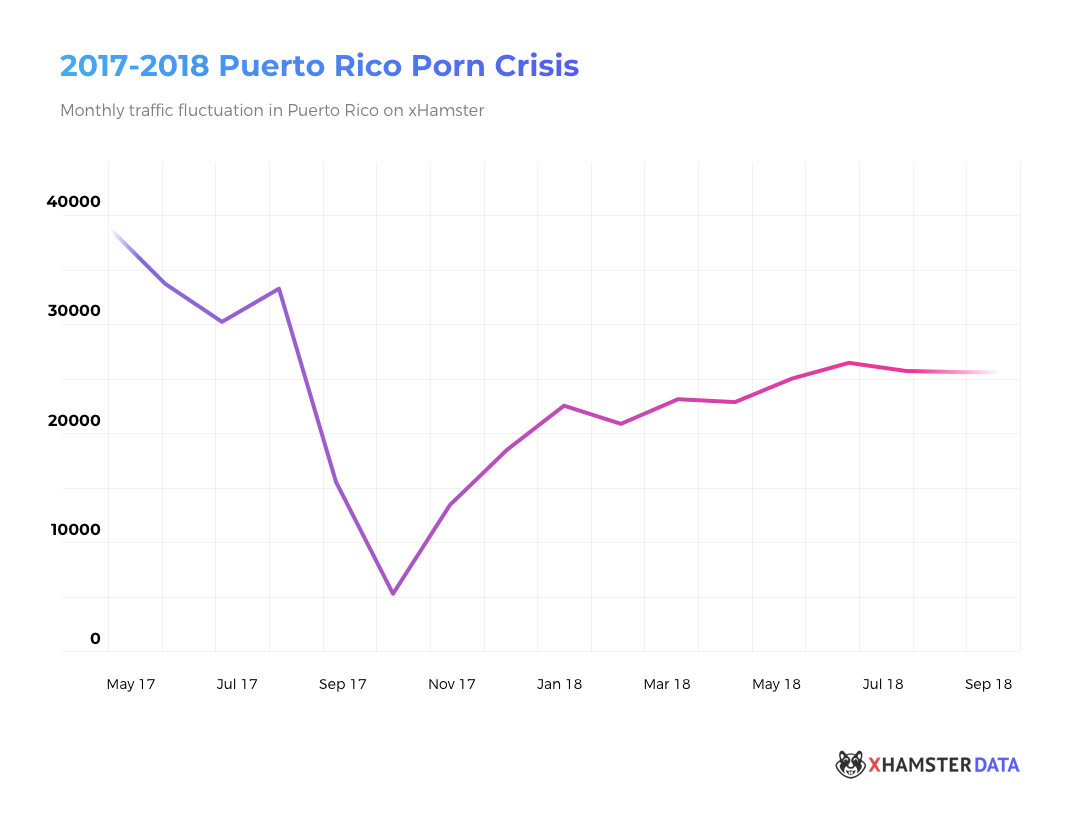 The data shows traffic from the island dropping -74.1% in the aftermath of the storm, then gradually recovering. However, a year later traffic to the site is down by over a fifth, or -20.1%.

Hawkins notes that other locations that suffered during the 2017-8 hurricane season, like Houston, have fully bounced back or have grown.

"What we're seeing is inconsistent with some of the claims made by officials that show a full recovery in Puerto Rico. It also disproves claims that Puerto Rico's power grid erratic prior to the storm. We're still seeing a drastically different landscape on the Island than what we're hearing on the news."

For more information, or raw data: